Wishing all our readers a very happy Easter! 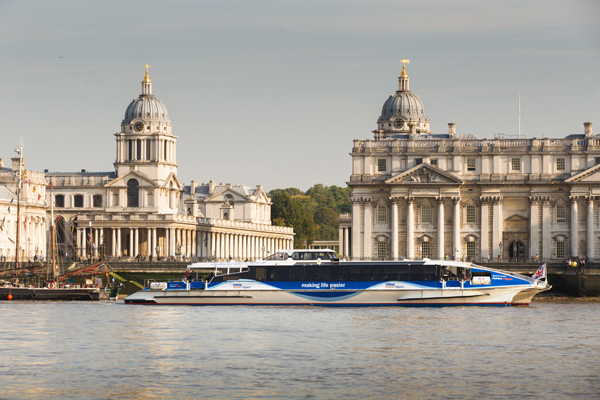 • Maritime Greenwich will celebrate 20 years of UNESCO World Heritage Listing with a “spectacular” lighting event next Tuesday night. The lights will be switched on at 8.30pm on 18th April, illuminating landmarks including the Cutty Sark, the Queen’s House, National Maritime Museum and Royal Observatory as well as the Old Royal Naval College. The event, the first in a series to mark the 20 year anniversary this year, is the first time all the buildings have been lit up in unison and is a one night only event. Greenwich Park and the grounds of the National Maritime Museum and Old Royal Naval College will be kept open until 10pm to give visitors more time to witness the historic event. Maritime Greenwich was inscribed on the World Heritage List in 1997 due to its role in the progression of English artistic and scientific endeavour in the 17th and 18th centuries. The event takes place from 8.30pm to 11pm (Cutty Sark will be lit until 11pm) and is free to attend. For more, see www.rmg.co.uk. PICTURE: RMG

• A memorial garden to Princess Diana has opened at Kensington Palace, marking 20 years since her death. The temporary ‘White Garden’ – located in what was formerly the Sunken Garden which often featured floral displays admired by the Princess – features flowers and foliage inspired by memories of the Princess’s life, image and style. The garden, which can be seen from a public walkway, complements the exhibition, Diana: Her Fashion Story, currently on show in the palace. For more, see www.hrp.org.uk/kensington-palace/.

• Mark Wallinger’s work, Ecce Homo – a life-sized sculpture of Jesus Christ with his hands bound behind his back and a crown of barbed wire on his head, has been placed at the top of St Paul’s Cathedral’s west steps for Easter. The sculpture, which will be at the cathedral for six weeks, represents Christ as he stands alone, waiting for judgement and a sentence of death. The sculpture is being presented by the cathedral in partnership with Amnesty International and the Turner Prize winning artist to highlight the plight of all those currently in prison, suffering torture or facing execution because of their political, religious or other conscientiously-held beliefs. The statue first appeared on the Trafalgar Square Fourth Plinth in 1999. For more, see www.stpauls.co.uk.

One thought on “This Week in London – Maritime Greenwich lights up; garden memorial to Diana; and, Ecce Homo at St Paul’s…”