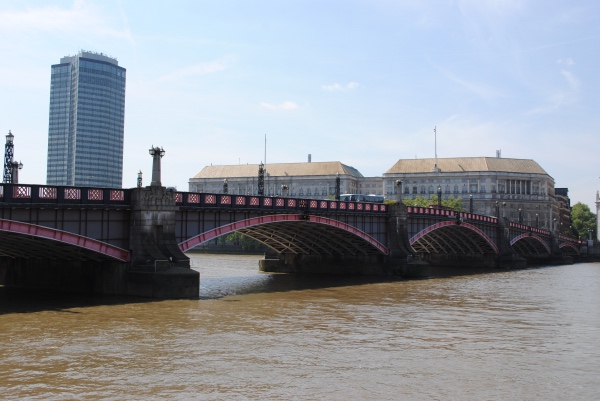 There’s no prizes for guessing that this Westminster road, which runs from Greycoat Place to Millbank and Lambeth Bridge, in pre-bridge days led down to a horse ferry across the Thames.

The ferry was, in fact, the only licensed horse ferry along the river and did quite a trade in conveying horses and their riders as well as carriages across the river. Mentions of the ferry date back to medieval times but it’s suggested there may have been a ford here back as far as the Roman era. 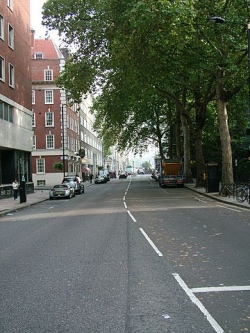 The income from the ferry went to the Archbishop of Canterbury (his official London residence lay across the river at Lambeth). So lucrative were the ferry rights that when Westminster Bridge was built in the mid 18th-century, the archbishop was paid £3,000 in compensation.

There are a number of famous figures associated with the ferry – Princess Augusta, later the mother of King George III, reportedly used it on the way to her wedding in 1736, and almost 50 years before that, the ferry pier is said to have been the starting point for King James II’s flight from England in 1689.

There are also a couple of high profile disasters associated with the horse ferry – Archbishop Laud’s belongings apparently sank to the bottom when the ferry overturned in 1633 and  Oliver Cromwell’s coach was apparently lost during a similar incident in 1656 – both events were apparently seen as bad omens (not to mention expensive).

Horseferry Road, meanwhile, is these days home to government buildings including Horseferry House and the City of Westminster Magistrate’s Court, as well as the Royal College of Veterinary Surgeons and, since the mid 1990s, Channel 4’s HQ.

Horseferry Road was also the location of the Australian Imperial Force’s administrative HQ during World War I and it was in this thoroughfare that Phyllis Pearsall was living when she conceived the London A to Z.