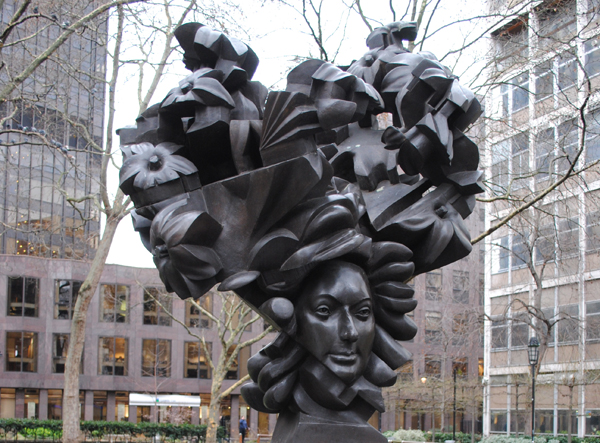 Must have been a tough one because we only had one taker – Sue Kendrick – who was correct in saying that this was the memorial to 17th century English composer Henry Purcell located in Christchurch Gardens on Victoria Street (yes, near Scotland Yard!). The rather florid memorial, sculpted by Glynn Williams, was unveiled by Princess Margaret on 22nd November, 1995, the tercentenary of Purcell’s death. Purcell, credited as one of the greatest ever English composers thanks to his unique take on Baroque music, is believed to have been born nearby in a premises on a lane located off Old Pye Street. The gardens in which they are located also houses the Suffragette Memorial and is a former burial ground.