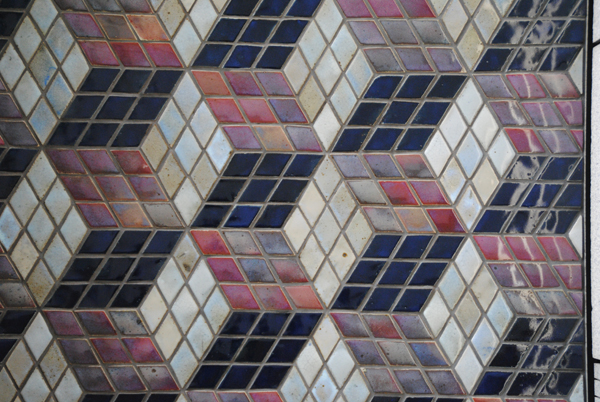 Bit of a harder one this week – these Escher-like patterns are found on a series of tiles located a wall in Waithman Street in the City of London (they are actually on the back of a building at 100 Bridge Street). According to the Tiles & Architectural Society Ceramics Society’s Gazetter, the 23 handmade stoneware tile panels were the 1992 creation of potter Rupert Spira, carried out at the behest of developers Rosehaugh Stanhope. While Spira apparently made 18,000 tiles for a garden in Paris, the tiles in Waithman Street were his only ever  British commission for tiles. Waithman Street, incidentally, is named for Robert Waithman, a draper and MP who was elected Lord Mayor of London in 1823.