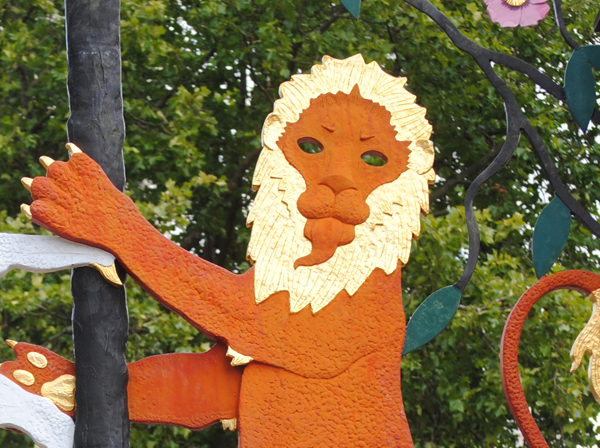 As was guessed, this is indeed a detail from the controversial Queen Elizabeth Gate in Hyde Park, close to Hyde Park Corner. Commonly referred to as the “Queen Mother Gates”, in a project instigated by Prince Michael of Kent they were commissioned in 1991 to mark the Queen Mother’s 90th birthday. The 120ft by 21ft stainless steel gates, designed by Giuseppe Lund, feature a much commented upon lion and white unicorn created by sculptor David Wynne. The gates cost £1.5 million to construct.