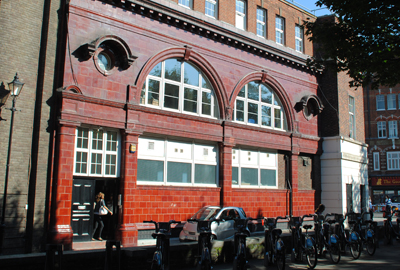 The Brompton Road tube station, which closed in 1934 after being made redundant following the opening of other stations, sold for a reported £53 million over the weekend. The former Piccadilly Line station, located between South Kensington and Knightsbridge stations, opened in 1906 and was designed by architect Leslie Green for the Great Northern, Piccadilly and Brompton Railway. It was used as a command centre for anti-aircraft guns during World War II and the story goes was where Nazi Rudolf Hess was interrogated after being captured in 1941. Owned up until the sale by the Ministry of Defence, it was most recently used as a training centre for air cadets and naval reservists. It will reportedly be converted into residential flats.