Last weekend saw London transformed in a blaze of colour and light as the city hosted its first Lumiere light festival. More than a million people hit the streets over the four nights of the event – developed by creative producers Artichoke and supported by the Mayor of London – to take in the 30 artworks. Above are some of images of British screen stars and directors which were projected on 195 Piccadilly in an installation by Newcastle-based studio NOVAK. Below are some more images from the rather spectacular event. For more on the event, check out www.visitlondon.com/lumiere.

Above is Les Voyageurs (The Travellers) by French artist Cédric Le Borgne (located in St James) while below is Litre of Light by Mick Stephenson and Central Saint Martin’s students in Kings Cross. 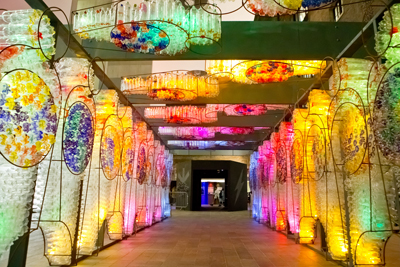 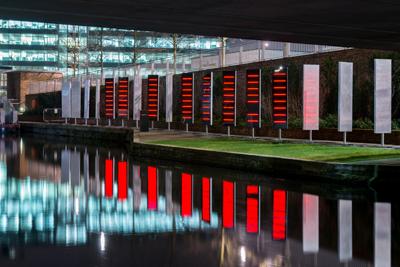 Above is binaryWaves by LAB[au] while below is Ron Haselden’s Diver depicting an illuminated figure plunging into the water of the King’s Cross Pond Club.

All images courtesy of Lumiere London.