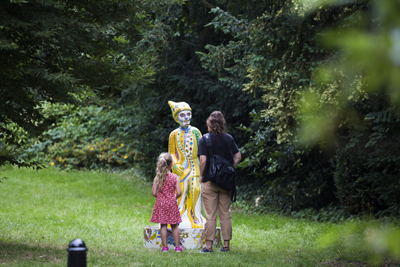 Fifteen gnomes have taken up residence in Hampton Court Palace’s gardens for the next couple of months and they’re feeling particularly chatty. The gnomes have been specially designed by local community groups and each reflects a unique aspect of the palace landscapes. They also each have a unique tale to tell through the voice of Umbriel, a gnome who starred in Alexander Pope’s epic poem, The Rape of the Lock, which was set at Hampton Court Palace (in fact it was the first time the word gnome appeared in English). Umbriel, voiced by actor Stephen Mangan, will regale visitors with tales from the palace’s rich history – from the time a mole unhorsed King William III through to the time a periwig was left behind by its owner in the maze (the stories were all written by schools and community groups for the project as well as children’s author Francesca Simon, poet Michael Rosen, and Historic Royal Palace’s joint chief curator Lucy Worsley). The gnomes (and Umbriel) can be experienced until 2nd October. For more, see www.hrp.org.uk/hampton-court-palace/. PICTURES: Courtesy HRP 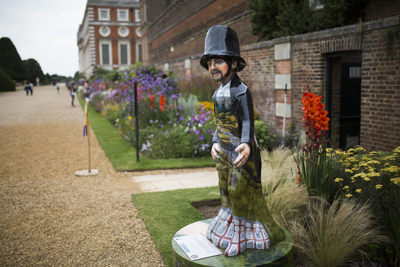