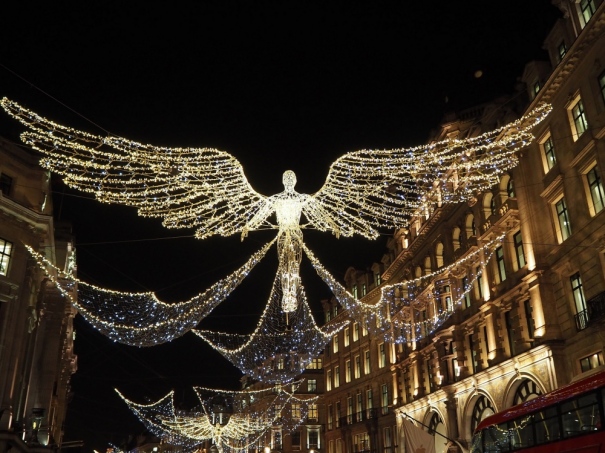 Christmas is looming so we thought we’d take a look at which street in London’s West End has had Christmas lights for the longest. And, no surprises, it’s Regent Street which first lit up in 1954.

Apparently prompted by a newspaper article decrying the drabness of London’s streets at Christmas, local traders got together and, via the Regent Street Association, financed the first display. Oxford Street followed in 1959.

An economic downturn meant Regent Street’s lights (and those of Oxford Street) were turned off for almost a decade but the display was resumed in 1979 and have been a part of London’s Christmases ever since.

These days the Regent Street lights are generally geared around a theme and the ceremony at which they are officially turned on has become quite an affair with celebrities performing the honours. This year singer Paloma Faith was the special guest at the ceremony with the aid of Clean Bandit.

The decorations, switched on in mid-November and featuring 300,000 LED lights, are based around “The Spirit of Christmas” theme for the second year in a row.