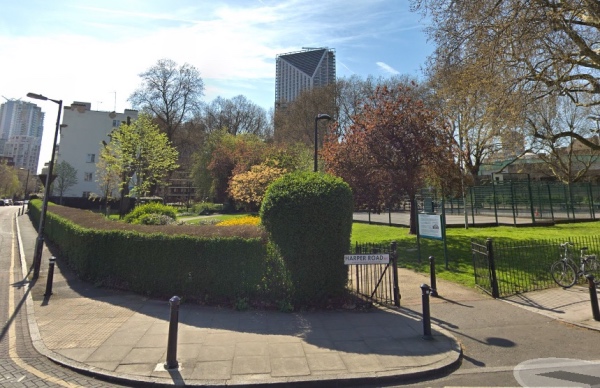 This Southwark establishment was built to the designs of Surrey surveyor George Gwilt in the 1790s and survived until the late 19th century.

Constructed adjacent to the Sessions House as a replacement for a former Tudor-era jail, it was once the largest prison in the country housing as many as 300 inmates, male and female. Quadrangular in shape, it featured three wings for criminals and a fourth for debtors and was three stories tall.

The prison had a constant turnover of temporary residents – during 1837, it’s recorded that some 1,300 debtors and 2,506 criminals spent time here.

Famous inmates included writer and intellectual Leigh Hunt (imprisoned for two years for libelling the Prince Regent – he met Lord Byron for the first time here) as well as Colonel Edward Despard, an Irishman found guilty of high treason and, along with six others, sentenced to be hanged, drawn and quartered (commuted to hanging and beheading and carried out on 21st February, 1803).

The prison was also a site of executions and more than 130 men and women were apparently executed here (Charles Dickens wrote to The Times of his horror after attending the hangings of murderers Maria and Frederick Manning here).

The executions initially took place on the roof of the gatehouse but were later moved inside the prison.

In the mid-1800s, the prison was renamed the Surrey County Gaol or New Gaol (Horsemonger Lane was renamed Union Road and is now Harper Road).

The gaol was closed in 1878 – it no longer met required standards – and demolished three years later on 1881 and the site is today a public park called Newington Gardens.