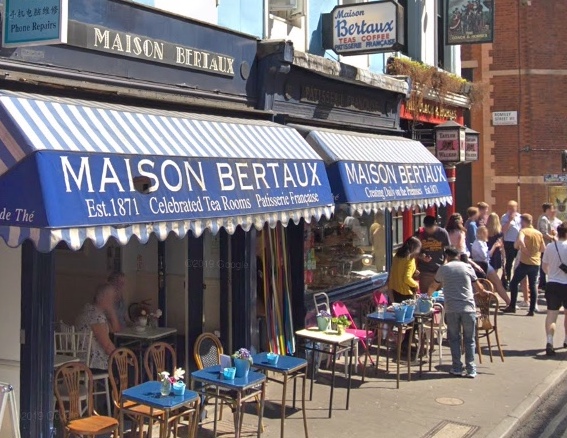 The oldest existing French patisserie in London is said to be Maison Bertaux, based in Greek Street in Soho.

The premises, where you can still indulge in delights including eclairs, croissants and delectable fruit tarts, was founded in 1871 by one Monsieur Bertaux, apparently a French communard from Paris.

It lies at the heart of what was then the city’s French community and located at number 28, stands next door to another Soho landmark, the Coach and Horses pub.

Bertaux apparently ran the business until 1909 and it’s since passed through a number of hands with current owners, sisters Michele and Tania Wade, reported as having taken over in 1988.

Bastille Day celebrations are, of course, a highlight of the year.