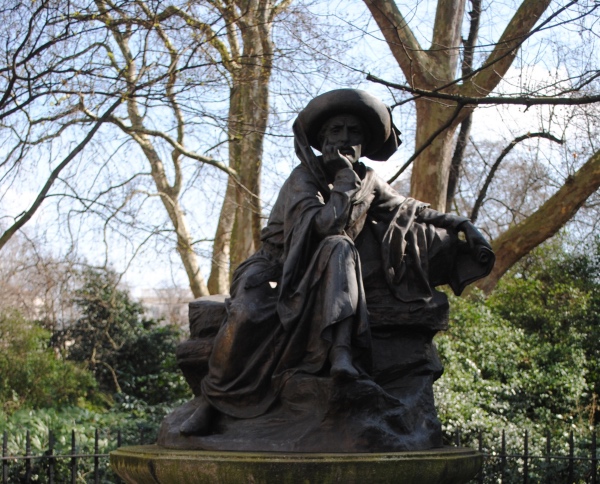 This expansive square in the centre of Belgravia is one of the largest 19th century squares in London.

The square, which along with nearby Chester Square, Eaton Square and Wilton Crescent stands on land once known as Five Fields, was laid out in the 1820s on the orders of Robert Grosvenor, 2nd Earl Grosvenor, whose subsidiary title was Viscount Belgrave and who later become the first Marquess of Westminster (and whose family seat is Eaton Hall in Cheshire, close to the village of Belgrave from whence the name comes).

Property contractor Thomas Cubitt was responsible for the masterplan and architect George Basevi, a pupil of Sir John Soane and cousin of Benjamin Disraeli, had the task of designing the original four terraces which surrounded the square. 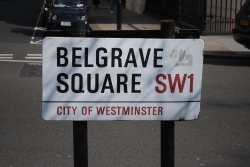 Most of the houses were occupied by 1840. Today, the buildings – many of which are listed – are home to numerous embassies and official residences of ambassadors.

These include the Portuguese Embassy (11 to 12), the Austrian Ambassador’s official residence (18 – the Austrians have been there since 1866 when it was used by members of the Austro-Hungarian Empire’s Foreign Service), the High Commission of Brunei (20), the German Embassy (21-23), the Spanish Embassy (number 24), the Norwegian Embassy (25), the Serbian Embassy (28) and the Turkish Embassy (43).

Famous residents have included the currently Duke of Kent – he was born at number three in 1935, Victorian politician Sir George Murray, Secretary of State for War and the Colonies, who lived at number five up until his death in 1846, and shipbuilder, Lord Pirrie, chairman of Belfast-based Harland and Wolff – builder of the RMS Titanic (in fact it’s said that it was at a dinner here which Lord Pirrie hosted and J Bruce Ismay, owner of the White Star Line, attended where plans to build the ship were first discussed).

The two hectare garden in the centre, which remains closed to the public and is Grade II listed, had gravel walks laid out in the 1850s (the current design is a restoration of what was there in the 1860s). Behind the railings, the gardens features wooden pergolas and shelters and a tennis court.

Among the monuments around the external perimeter of the square are statues of of South American revolutionary leader Simon Bolivar (1783-1830), Argentinean national hero General Jose de San Martin (1778-1850), Christopher Columbus (1451-1506) and Prince Henry the Navigator. There’s also a 1998 statue of Robert Grosvenor by Jonathan Wylder on the corner of Wilton Crescent.

Within the gardens are Homage to Leonardo da Vinci, erected in 1982, and a bust of George Basevi, the architect of Belgrave Square.