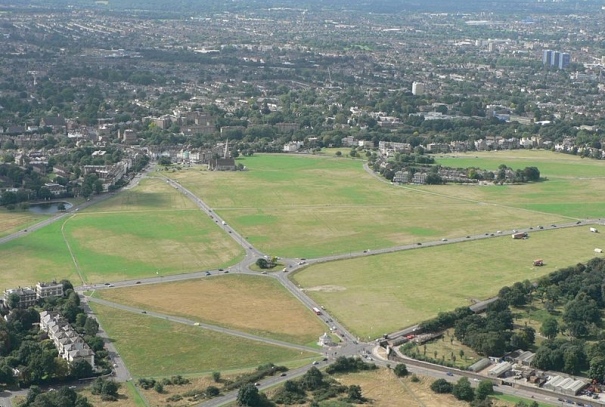 Lying just to the south of Greenwich Park, this famous common apparently derives its name from the colour of the soil (although some suggest it was the colour of the bracken or even the “bleakness” of the location).

On the route from Canterbury and Dover to London, the sometimes windswept locale has seen its share of historical events over the centuries. As well as hosting remains dating to both the Saxon and Roman eras, Blackheath was where the Danes set up camp in 1011-13 (it was during this time that they murdered the Archbishop of Canterbury, Alfege, probably on the site where St Alfege’s Church in Greenwich now stands).

It’s also where Wat Tyler assembled his peasant army during the Peasant’s Revolt of 1381, where Jack Cade and his followers camped in 1450 during the Kentish Rebellion, and where King Henry VII defeated Michael Joseph and his Cornish rebels in 1497.

As well as uprisings, the heath has also seen its share of more joyous events. King Henry IV apparently met Byzantine Emperor Manuel II Palaiologos here in 1400 before taking him back to Eltham Palace, King Henry V was welcomed by the Lord Mayor of London and aldermen here after his momentous victory at the Battle of Agincourt in 1415, and King Charles II was welcomed here on his return to London during the Restoration. Less happily, in 1540 King Henry VIII met Anne of Cleves here for the first time.

During the 18th century, both John Wesley and George Whitefield preached to crowds on Blackheath. Meanwhile, legend has it that King James I founded England’s first golf club here in 1600s (the club joined with the Eltham Golf Club in the 1920s).

The heath, which also had a notorious reputation for highwaymen prior to residential development of the area in the late 18th century, has also been the site of fairs since at least the late 17th century.

But it wasn’t until the early 1800s that the “village” of Blackheath really formed, attracting the moderately well-to-do. The area received a significant boost as a residential locale close to London when the railway opened in 1849.

Significant buildings include All Saints’ Church which dates from 1857 and the entertainment venue known as the Blackheath Halls, built in 1895. The Georgian mansion known as the Ranger’s House – which parks on to Greenwich Park – is just to the north.

Correction: Wesley and Whitefield  preached in the 18th century, not the 19th as originally stated. Apologies for any confusion!

2 thoughts on “What’s in a name?…Blackheath…”