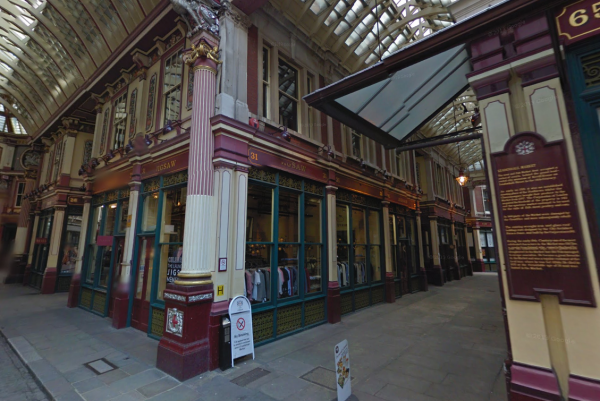 Famously associated with Leadenhall Market, Old Tom was a gander who for several decades was a popular figure at the City of London marketplace.

Said to have been born in the late 1790s, he was brought to London among a massive contingent of birds from the Continent the aim of being fattened up for the market block.

The story goes that when the time came for the chop, however, Tom did a dash and apparently held off his pursuers for several days, avoiding becoming one of the 34,000 hapless geese which were apparently slaughtered in a two day period. His doggedness in defying the blade led to sympathy among the workers at the market who decided to let him be.

Feed on tidbits from local inns, Tom took up residence and became something of a favourite among those who worked there. He apparently lived to the the ripe old age of 37 or 38-years-old and when he died in 1835, such was the love for him, that Tom lay in state at the market to allow people to pay their respects before his burial at the market. His obituary was published in The Times, referring to him as the “chief of geese, the poulterer’s pride”.

Old Tom is mentioned on a plaque at the entrance to Leadenhall Market (pictured) which tells something of his story and there’s also a bar within Leadenhall Market itself which serves as a memorial – Old Tom’s Bar.

Some also believe that the two identical statues of a small boy grappling with a goose (pictured below) which sit atop the former Midland Bank headquarters building, located at 27 Poultry (and now hotel called The Ned) – just a few hundred paces from the market, also commemorate the gander.

The website of The Ned, however, suggests the statues, designed by Sir William Reid Dick for the architect Edwin Lutyens was actually inspired by Boethus’ famous sculpture of a boy playing with a goose which can be found in the Vatican. 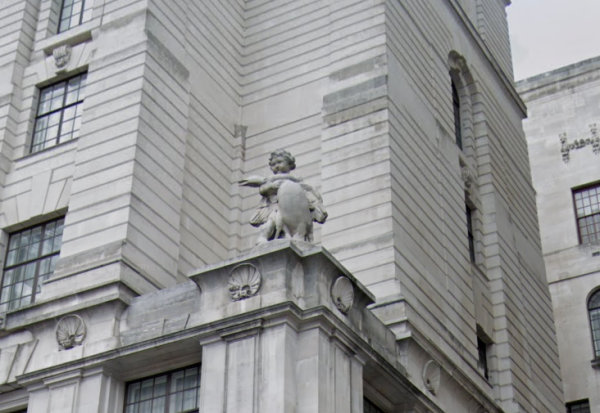