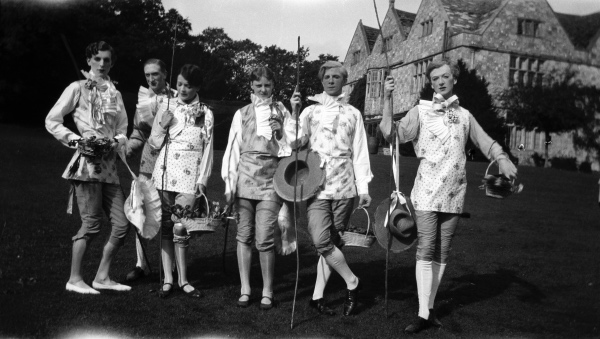 • World famous British photographer Cecil Beaton’s portraits from the “golden age” of the 1920s and 1930s are being celebrated in a shiny new exhibition at the National Portrait Gallery. Cecil Beaton’s Bright Young Things features some 150 works, many rarely exhibited, which Beaton took in the 1920s and 1930s depicting the “extravagant world of the glamorous and stylish”. The subjects include the likes of artists Rex Whistler and Stephen Tennant, modernist poets Iris Tree and Nancy Cunard, the glamorous socialites Edwina Mountbatten and Diana Guinness (née Mitford), and actresses Tallulah Bankhead and Anna May Wong as well as less well-known figures like eccentric composer and aesthete Lord Berners, the artist and Irish patriot Hazel, Lady Lavery, and Lady Alexander, whose husband produced Oscar Wilde’s comedies and who became an early patron of Beaton’s. Beaton’s own life story and his relationship with the sitters is woven into the exhibition including through self-portraits and images of him  taken by contemporaries. Runs until 7th June. Admission charges apply. For more, see www.npg.org.uk. PICTURE:  The Bright Young Things at Wilsford by Cecil Beaton, 1927. © The Cecil Beaton Studio Archive.

• The theme of female subjects depicted in ornate, enclosed interiors – one prevalent in 19th century British painting – is at the centre of a new exhibition opening at the Guildhall Art Gallery on Friday. The Enchanted Interior, being presented in partnership with Laing Art Gallery in Newcastle, showcases works in styles ranging from the high Victorian through to Art Nouveau, Aestheticism, Surrealism, and pieces by contemporary female artists which ‘speak back’ to the historic tradition. Artists whose work is represented include Edward Burne-Jones, Evelyn De Morgan, James Abbot McNeill Whistler, Emily Sandys, Jessica Woodman, Fiona Tan, John William Waterhouse and Clementina Hawarden. Admission charge applies. Runs until 14th June. For more, follow this link.

• The works of iconic 20th century American artist Andy Warhol are being showcased in a new exhibition at Tate Modern. Andy Warhol, the first exhibition on the artist at the gallery in 20 years, features more than 100 works. Among them are key pieces from the pop period – Marilyn Diptych (1962), Elvis I and II (1963/1964) and Race Riot (1964) – as well as Screen Tests (1964–6), the floating Silver Clouds (1966) installation, and a recreation of the psychedelic multimedia environment of Exploding Plastic Inevitable (1966) originally produced for the Velvet Underground rock shows. Also included are later works like his 1975 Ladies and Gentlemen series and Sixty Last Suppers (1986). Runs until 6th September. Admission charge applies. For more, see www.tate.org.uk.