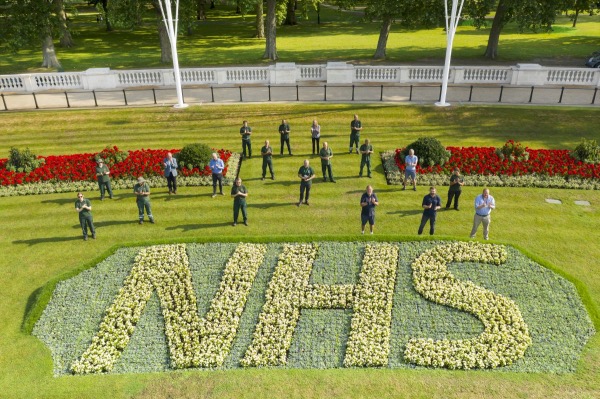 The Royal Parks have created two flowerbeds outside Buckingham Palace which spell out the letters ‘NHS’ in honour of the service’s 72nd birthday. The two 12 metre long flowerbeds, located in the Memorial Gardens – officially part of St James’s Park – contain some 45,000 flowers including scarlet geraniums, especially selected to match The Queen’s Guard at Buckingham Palace, as well as white begonias on a blue background of drought resistant succulents which, together replicate the colours of the NHS. The floral display – an appropriate tribute in this year of pandemic – can be seen until mid-September. PICTURES: Courtesy of The Royal Parks. 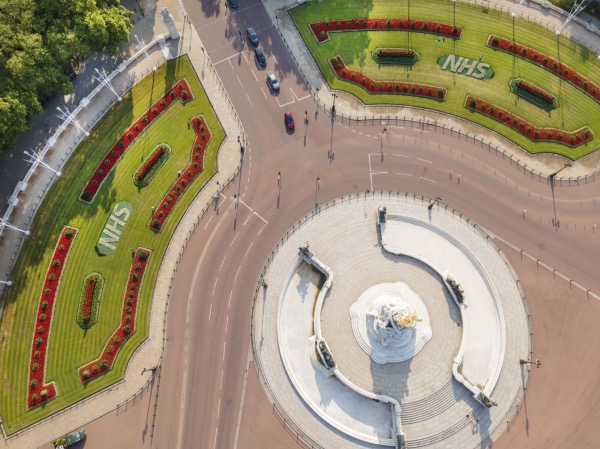