There’s several candidates for the title (and, of course, it depends on what exactly we mean). So here we go…

First up is the Clattern Bridge, which crosses the River Hogsmill (a small river which runs into the Thames), in Kingston upon Thames in the city’s south-west. 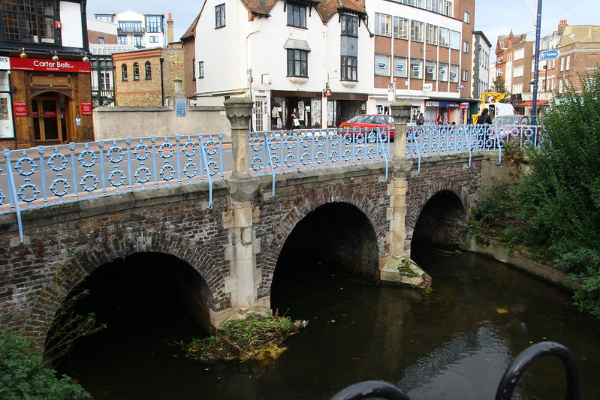 The earliest known reference to this three-arched bridge dates back to 1293 and the medieval name, ‘Clateryngbrugge’, is thought to refer to the sound horses’ hooves made as they clattered across.

While the bridge (pictured above and right), which had replaced an earlier wooden Saxon bridge, was altered in the 18th and 19th centuries, its Historic England Grade I listing notes that it remains a “good example of a medieval multi-span bridge which survives well” and includes some “impressive medieval masonry”.

Second is another Grade I-listed bridge that doesn’t even cross a river but rather a moat at Eltham Palace in the city’s south-east.

The stone north bridge, now the main entrance to the palace, is described by English Heritage as “London’s oldest working bridge” – although it’s not as old as the Clattern Bridge. 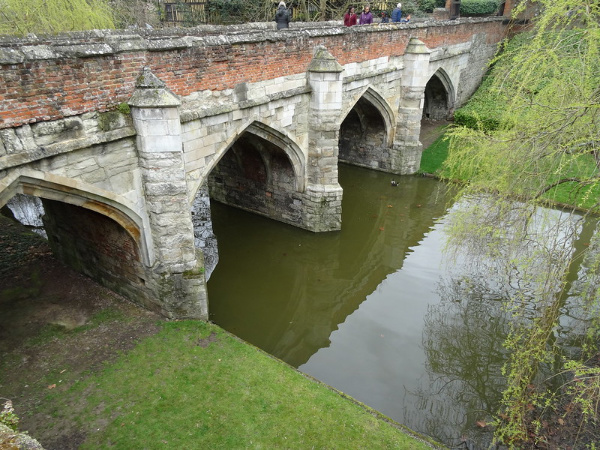 It was constructed in 1390 on the orders of King Richard II, replacing an earlier wooden bridge (it was apparently Geoffrey Chaucer – yes, that Geoffrey Chaucer – who supervised the building works as part of his job as Clerk of the Works to Eltham Palace).

The bridge features four arches, pointed cutwaters with chamfered tops on the outside and a red brick parapet on top.

Thirdly, is the Richmond Bridge which, although not in the same (medieval) league as the previous two, is the oldest bridge crossing the Thames.

The now Grade I-listed structure was built between 1774 and 1777 as a replacement for a ferry crossing and while it was slightly altered in 1939-40, it remains substantially original.