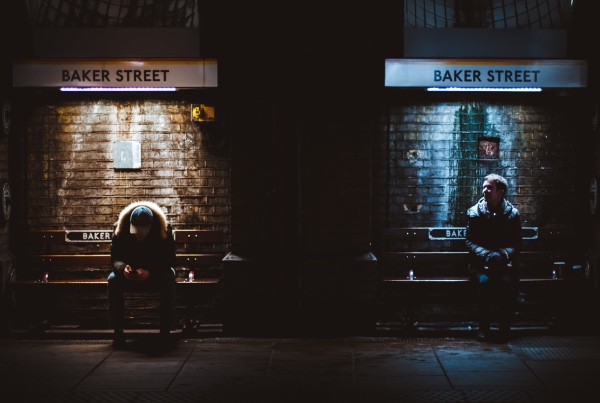 The London Underground appears in many films (more of that in a moment) but there’s only a few where the story really hinges on it, one of which is the Gwyneth Paltrow rom-com, Sliding Doors.

In the movie, PR flack Helen (played by Paltrow) is fired from her job and heads to Embankment Station where her one life suddenly becomes two possibilities.

Without giving too much away (and yes, we know it dates to 1998, but still), in one version she makes her way through the “sliding doors” an catches the train and her life seems to fall into place; in the other she fails to and her life goes somewhat belly-up. It’s a tale of two futures; the life that might have been – and it all hinges on that Tube ride.

As mentioned above, Sliding Doors – which also features numerous other London locations and co-stars John Hannah –  is far from the only film in which the Tube features – in fact, last year it was reported that the London Underground Film Office handles more than 200 requests a month.

While the first film featuring the Tube apparently dates as far back as 1928 (Anthony Asquith’s silent film Underground), other more recent films which have featured the London Underground include everything from Skyfall to The Bourne Ultimatum, and Thor: The Dark World (not forgetting the previously mentioned film V for Vendetta).

They haven’t always been the real thing – the chase scene featuring the Tube in 2012’s Skyfall, for example, was apparently filmed on a set at Pinewood Studios (another Bond film, Die Another Day, even features an imaginary station – Vauxhall Cross – which is used by MI6 as a secret base.)

And when movies are shot featuring the real Underground, the now closed – or ‘ghost’ – station of Aldwych (formerly on a spur branch of the Piccadilly Line) is a popular choice: as well as Atonement and V for Vendetta, it was used in the TV series’ such as Mr Selfridge and Sherlock.