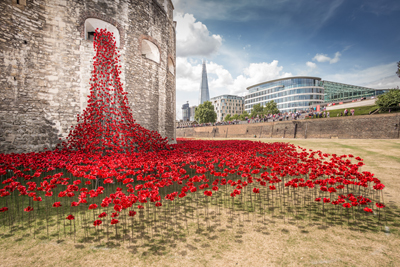 The Tower of London is bidding farewell to the sea of poppies that has filled its dry moat while two major features of the instalment – created to mark the centenary of World War I – prepare to head off on tour. Known as Weeping Window (shown above) and Wave (shown immediately below) – the two features of the Blood Swept Lands and Seas of Red installation will both tour various locations across the UK for the next few years before going on permanent display at the Imperial War Museum in London and Manchester. So, we thought we’d take a look back at what has proved to be one of the most popular and moving memorials to appear in the capital in recent years. Created by ceramic artist Paul Cummins (with setting by stage designer Tom Piper), the project saw as many as 888,246 ceramic poppies –  representing all British and Colonial fatalities during the war – planted by volunteers in the moat. The last one was planted on Armistice Day  – 11th November – last week before the process of removal began. PICTURES: ©Richard Lea-Hair and Historic Royal Palaces. 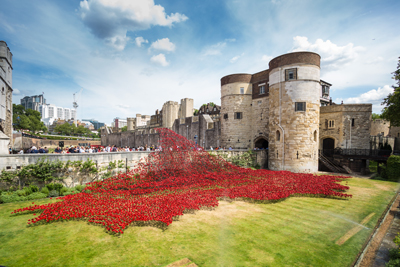 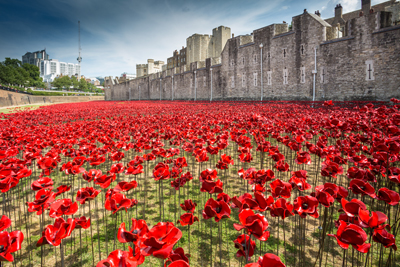