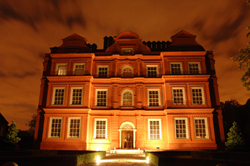 • The education of the daughters of King George III and Queen Charlotte is the subject of a new display which has opened at Kew Palace in Kew Gardens. The queen’s progressive approach to learning meant the princesses received a “thoroughly modern” schooling covering everything from geography to art, upholstery to tackling brain-teasers as well as botany and music. The latter, in particular the harpsichord, was a particular passion of Princess Augusta, and to instruct her and the other girls, JC Bach, son of world-renowned composer JS Bach, was employed as music master (the display features a hand-written copy of his father’s Well-Tempered Clavier – designed to train and test the skills of harpsichord players). Other items on show include a copy of Queen Charlotte’s own tortoiseshell notebook embellished with gold and diamonds, a letter the queen wrote to the princesses’ governess – reputedly the first letter she wrote in English, and a series of newly acquired satirical prints from the Baker Collection depicting Queen Charlotte and her daughters. The new display can be seen from today. Admission charges apply. For more, see www.hrp.org.uk/kew-palace/. PICTURE: Newsteam/Historic Royal Palaces.

• The lives of servants working in middle-class houses in London over the last 400 years are the subject of an exhibition which opened at the Geffrye Museum in Shoreditch earlier this month. Swept Under The Carpet? Servants in London Households, 1600-2000 illustrates the dynamic nature of the relationship between servants and their employers – from the intimacy of a maid checking her master’s hair for nits in the late 17th century to an ayah caring for an Anglo-Indian family’s children in the late 19th century and an au-pair picking up after the children in the middle of the 20th century. It explores their story through an examination of the places in which they worked – the middle class parlour, drawing room and living room. Entry to the exhibition, which runs until 4th September, is free. For more, www.geffrye-museum.org.uk.