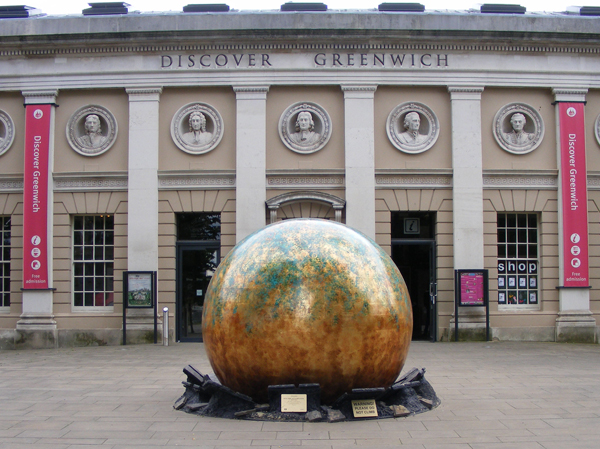 Another reminder of the Olympic and Paralympic Games in London can be found at the Old Royal Naval College in Greenwich. The sculpture, a three metre wide shot put embedded in the ground, is one of a series of three different Gifts from the Gods sculptures which have appeared around the city. As well as shot puts, the other sculptures – all of which look as though they’ve been dropped from a great height – depict a 10 metre high javelin and a seven metre long bow with arrows. The sculptures, which will remain in place until 10th September, are part of Wonder, a series of interactive installations put in place as part of the Mayor of London Presents program. For more, see www.molpresents.com/wonder. For more on the Old Royal Naval College, see www.ornc.org. PICTURE: Steve Bradbury/Courtesy of ORNC.