A ceremony first believed to have been performed during the reign of King Charles II, since 1748 the parade has been used to mark the Official Birthday of the Sovereign. 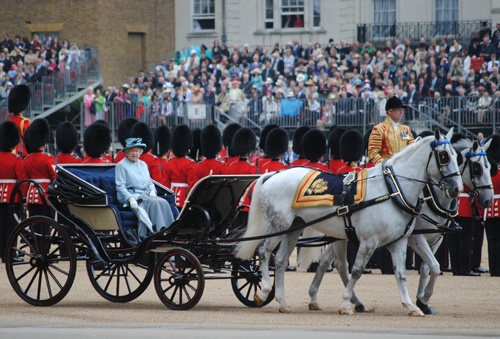 Queen Elizabeth II inspects the Guards in her phaeton. 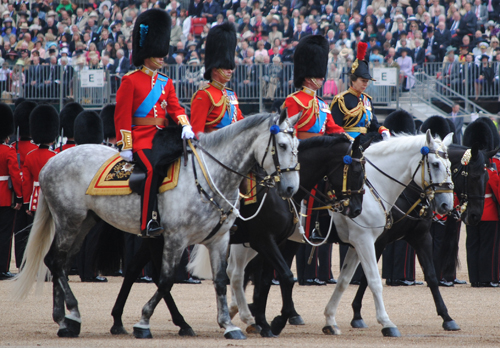 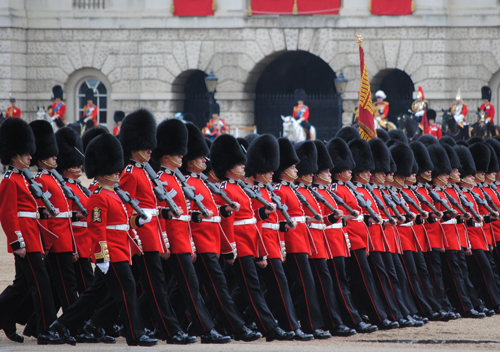 The parade includes six Guards groups. This year it was the turn of the Scots Guards, raised in 1642 at the behest of King Charles I, to parade their colours.

Part of the Household Mounted Cavalry, the Blues and Royals.

At 1pm, back at Buckingham Palace following the firing of a 41 gun salute, the Queen and the Royal Family watch Royal Air Force aircraft performing a fly past overhead.