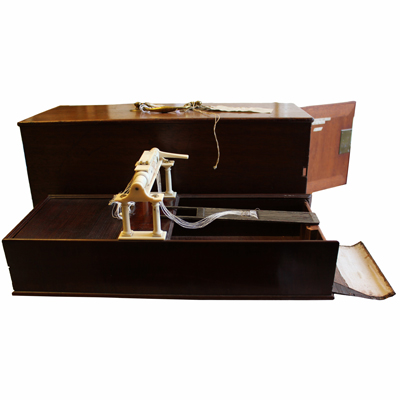 The fringe loom of Queen Charlotte – wife of King George III – is among the objects on display at Kew Palace this year. Historic Royal Palaces is exploring some of the untold stories of the king’s daughters who once called the palace, which was originally built in 1631 for a Flemish merchant before it was acquired by King George II, home. Under examination are the pastimes of the royal women – from drawing and painting to weaving, paper cutting and even the decoration of a ‘Baby House’ created by the princesses as a showcase of their talents. Along with Kew Palace – located inside Kew Gardens in London’s west, also opened is the nearby rustic retreat built in 1770 known as Queen Charlotte’s cottage. Inside is the “Print Room”, hung with more than 150 satirical engravings, and the “Picnic Room”, decorated paintings of trailing nasturtiums and convolvulus – the work of Princess Elizabeth, an acclaimed artist. For more, see www.hrp.org.uk/KewPalace/.
PICTURE: Historic Royal Palaces