Tradition holds that the spot where this officially protected view originates from – the prehistoric barrow known as King Henry’s Mound – was where King Henry VIII stood on 19th May, 1536, to watch for a rocket fired from the Tower of London.

The signal was to indicate that his former wife, Anne Boleyn, had been beheaded for treason and hence that he was now free to marry Jane Seymour.

Sadly, the story is seen as unlikely – the king was apparently in Wiltshire at the time.

But it adds a nice nostalgia to this tree-framed view which looks across Richmond Park and areas south of the River Thames to the great dome of St Paul’s Cathedral.

A permanent public telescope has been set up on the mound which since the 19th century has sat in Pembroke Lodge Garden (named for the Countess of Pembroke who lived in a cottage here between about 1788 and 1831).

The historic view made headlines last year over calls for London’s Mayor to step in and halt building work amid concerns that the 42-storey Manhattan Loft Gardens tower in Stratford, east London, could be seen in the view behind the cathedral dome. 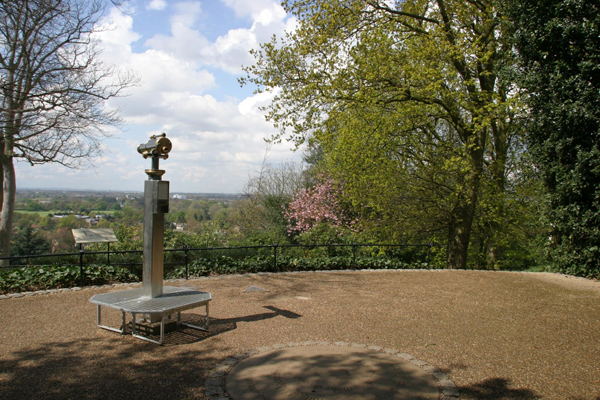 2 thoughts on “10 of the most memorable (and historic) views of London – 4. View from King Henry’s Mound, Richmond Park…”