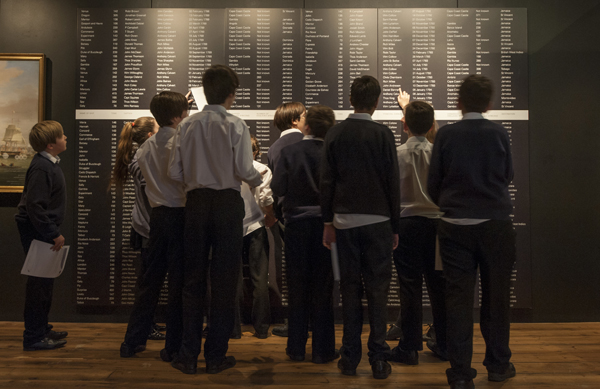 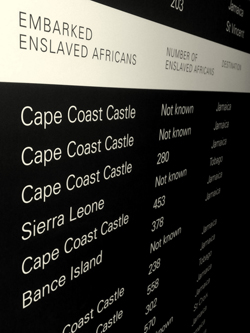 Wednesday marked the International Day for the Remembrance of the Slave Trade and its Abolition, so we thought it an appropriate week to feature one of the most moving displays in the Museum of London Docklands’ ‘London, Sugar and Slavery’ gallery.

The permanent gallery, which opened the museum at West India Quay in 2007 to mark the bicentenary of abolition of the trans-Atlantic slave trade, features a wall bearing a list of the many ships that sailed from London to trade in enslaved Africans over what was just a 10 year period.

In what was known as the ‘Triangular Trade’, the ships on leaving London would sail to West Africa where they would bought enslaved Africans before travelling to the Caribbean to sell them and fill their ships with sugar before returning to London.

Among details recorded on the wall are not only the name of each ship, but the captains, owners and destinations of the ships as well as the number of enslaved Africans carried (but not their names; these were not recorded).

A sad record of a shameful time.