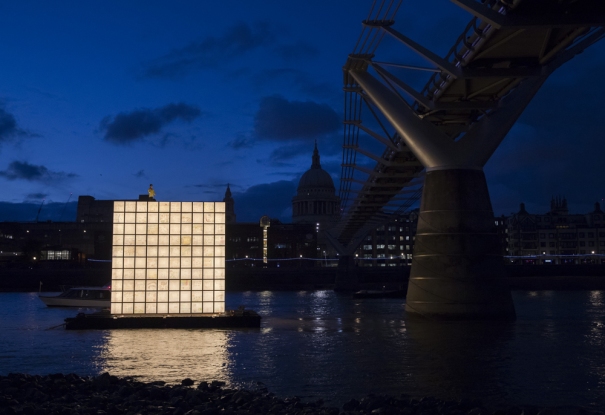 Part of the Totally Thames festival, South Korean artist Ik-Joong Kang’s eye-catching installation, Floating Dreams, acts a memorial to the millions of people who were displaced and divided during the Korean War (1950-53) as well as symbolising the hopes that North and South Korea will once again be unified. The three-storey high installation, which sits on the river alongside Millennium Bridge, is constructed from 500 drawings created by the generation, now aged in their 80s and 90s, who had fled North Korea for South Korea during the war. Their images have been transferred on pieces of a traditional Korean rice paper known as Hanji and then compiled into the cube. The illuminated installation can be seen throughout the festival which runs until 30th September. For more on what’s happening throughout Totally Thames, see http://totallythames.org. 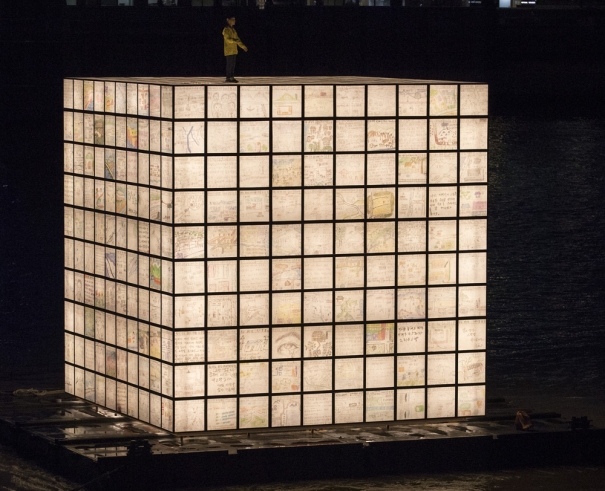