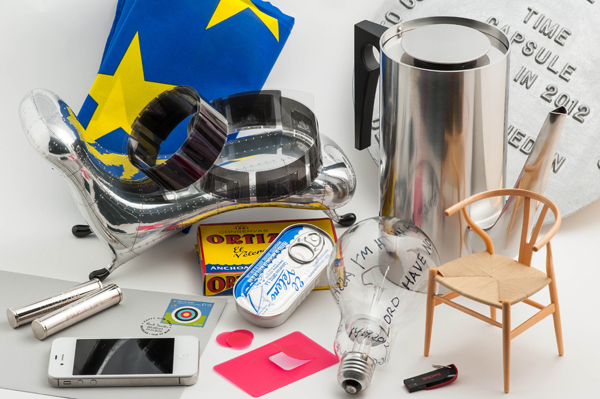 A selection of objects chosen by leading designers and architects including Sir Terence Conran, Sir Paul Smith, Zaha Hadid, and Norman Foster were buried within the foundations of the soon-to-be Design Museum in Kensington High Street earlier this month. The objects, which included everything from a miniature model of an 1949 Wish Bone Chair to an iPhone, a Cylinder Line Coffee Pot, a tin of anchovies and Tube maps, were placed within a time capsule which was buried as part of a ground-breaking ceremony for the new museum. Designed by John Pawson, the new Design Museum will be based within the converted interior of the former Commonwealth Institute Building. Expected to open in 2015, it will have three times as much space as the existing premises in Shad Thames, south east London. For more, see http://designmuseum.org.