The Museum of London Docklands has released a number of images from its ‘Docklands at War’ collection – including some rarely on display – to mark the 75th anniversary of Victory in Europe. These images of the East End show the scale of the damage and destruction caused to London’s docks during World War II when more than 25,000 German bombs were dropped on it in an attempt to impact the national economy and war production, making tens of thousands of home uninhabitable, damaging businesses and destroying docks with the West India Docks and St Katherine Docks suffering the most damage. The pictures also reveal the remarkable contribution to the war effort by the people who lived and worked in the densely populated area. For more on how the museum is marking the day online, head to www.museumoflondon.org.uk/museum-london-docklands/ve-day. 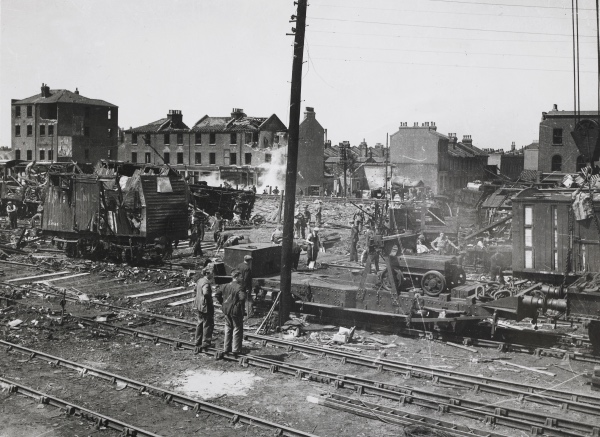 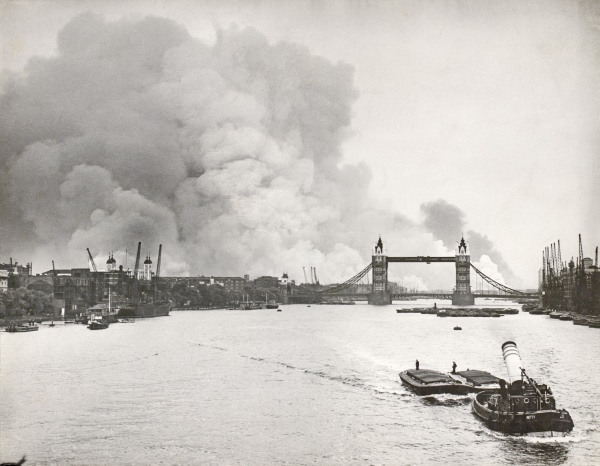 The Docklands ablaze during the Blitz on 7th September, 1940. The rising palls of smoke mark out the London Docks beyond the Tower of London, the Surrey Docks to the right of the bridge and the West India Docks on the Isle of Dogs in the distance. PICTURE: © PLA Collection / Museum of London

Tanks arriving in the London Docks prior to embarkation for the D Day beaches in 1944. PICTURE: © PLA Collection / Museum of London