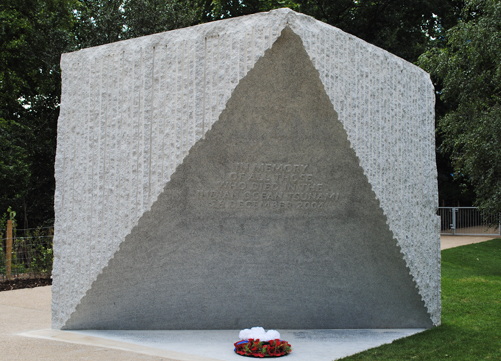 Prince Charles and the Duchess of Cornwall were among those to pay their respects at a new memorial remembering those 155 Britons who were among the 225,000 people died in the 2004 Indian Ocean tsunami last week. The 115 tonne memorial, located in gardens at the Natural History Museum in South Kensington, was designed by architecture studio Carmody Groarke. It is sculpted from granite quarried from France and was funded by a £550,000 grant from the Department for Culture, Media and Sport. Carmody Groarke was also involved in the design of the 7 July Memorial which, located in Hyde Park, commemorates the 52 people killed in the suicide bombings which took place in London in 2005. It was unveiled by Prince Charles in 2009.