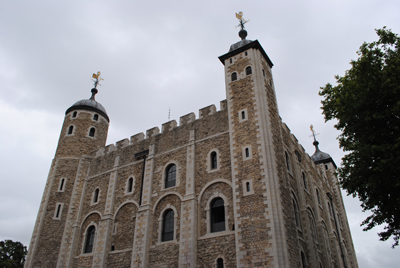 OK, so not really a battle although it must have felt something like that to those involved (and the ‘battlefield’ turned out to be much of the City itself), the uprising known as Peasant’s Revolt of 1381 saw two great armies march upon London – one from Kent led by Wat Tyler and another from Essex which is said to have been under the command of Jack Straw.

The armies had risen in response to a series of events which they saw as unjust and which trace their origins back to the Black Death. Killing about a third of the population when it struck some 30 years earlier, this had resulted in a growing demand for labourers to work the fields raising, as one might expect, hopes of increased wages and greater freedom of movement among the peasant class.

But to ensure the social order was maintained, authorities had not only put limits on how much farm workers could be paid but ensured long-standing but increasingly unpopular practices – such as serfs being forced to work some time for free for their landlords – were maintained. On top of this came the imposition and enforcement of a series of poll taxes to fund England’s wars with France.

The poll taxes – and the harsh way in which they were enforced – were a step too far and when a tax collector visited the village of Fobbing in Essex in May, 1381, he was shown short shrift and thrown out. The unrest soon spread and by June, the rebels, having rampaged through the countryside were marching on London.

By 12th June, the men from Essex were camped at Mile End while Tyler and his army from Kent were at Blackheath. The next day, after being denied a meeting with the king, the rebels headed into the City where sympathetic Londoners opened the gates. Once inside, they targeted the property of those they deemed responsible for their misfortune, opening prisons and destroying any legal records they could find.

Foremost among the sites attacked and looted was the Palace of Savoy (see our earlier post here), home of the King’s uncle John of Gaunt, Duke of Lancaster, and, as the power behind the throne, the man many deemed as the ultimate source of the ills besetting them (John himself had a lucky escape – he was away from the city when the palace was attacked.).

King Richard met with the leaders of the men from Essex on 14th June at their camp at Mile End and, after they pledged their allegiance, agreed to their petitions to abolish serfdom and allow them to sell their labour. But the attacks, meanwhile, were continuing in the City with a group of rebels led by Tyler storming the Tower of London (pictured above) the same day and seizing and beheading the Simon of Sudbury, the Archbishop of Canterbury and Chancellor, along with the Robert Hales, Lord High Treasurer and Prior of St John’s in Clerkenwell – both key figures in the government of the king (you can read more about Simon of Sudbury here).

The following day – 15th June – King Richard again met with the rebel leaders – this time with Wat Tyler, leader of the Kentish band, at Smithfield. It was then that things went awry for the rebels. Apparently enraged by Tyler’s insolence (already stories differ as to exactly why he did so), the Lord Mayor of London, Sir William Walworth (see our earlier post here), stabbed Tyler in the neck. King Richard managed to keep the situation under control until armed troops arrived and after the king declared a general pardon, the rebels dispersed.

Tyler, meanwhile, was taken to St Bartholomew’s Hospital but on the orders of the Lord Mayor was dragged from his bed and beheaded (his head was displayed atop a pole positioned in a field). He was among dozens of the rebels who were subsequently executed for their role in the uprising (leaders Jack Straw and another, John Ball, were among them).

One thought on “10 London ‘battlefields’ – 3. London sacked in the Peasant’s Revolt…”