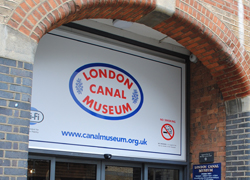 • Descend into ice wells at the London Canal Museum; delve into the archaeological archives of the Egypt Exploration Society; discover the history of the Spitalfields Charnel House; and, tour the remains of London’s Roman military fort with experts from the Museum of London. The British Festival of Archaeology kicked off last weekend and there’s a plethora of events happening across London as part of the more than 1,000 taking place across the country. For a full programme of events – many of which are free – head to www.archaeologyfestival.org.uk. The festival runs until 26th July.

• Follow Alice down the rabbit hole in a new exhibition which opened at the Cartoon Museum in Bloomsbury yesterday. Marking the 150th anniversary of the book’s publication, Alice in Cartoonland looks at how cartoonists, caricaturists, satirists, animators and graphic artists adapted and used author Lewis Carroll (aka Charles Lutwidge Dodson) and original illustrator John Tenniel’s work in social and political commentaries as well as just to have fun. The display features posters, cartoon strips, comic and graphic novels and artwork from TV and film versions of Alice with Low, Vicky, Shepard, Steadman and Gilroy among the artists represented. Runs until 1st November (with some events held in conjunction with it). Admission charge applies. For more, see www.cartoonmuseum.org.

• Expect people to be out and about around London at all hours this weekend with the kick-off tonight of Museums At Night, Culture24’s annual festival of after hours visits. This year’s packed program features everything from ‘Arts on Ice’ – a look at the Victorian ice trade – at the London Canal Museum to art nights at the Government Art Collection building, nocturnal tours of Greenwich’s Old Royal Naval College, and, for the first time, the chance for adults to sleep over at Hampton Court Palace and kids at Kensington Palace. Other London organisations taking part include the Handel House Museum, the Kew Bridge Steam Museum, Benjamin Franklin House, the National Gallery and Somerset House (and that’s just a few off the list!). For more information on the night – including a full program of events – check out the Culture24 Museums at Night website.

• Government spin comes under the spotlight in a major new exhibition which opens tomorrow at the British Library in King’s Cross. Propaganda: Power and Persuasion examines how state have used propaganda in the 20th and 21st centuries and features more than 200 exhibits including Nazi propaganda and everyday objects such as banknotes and badges. Admission charge applies. There’s a series of events running to coincide with the exhibition which runs until 17th September. For more, see www.bl.uk/whatson/exhibitions/propaganda/index.html.

• It’s 10 years since the Museum of London Docklands opened in a converted Georgian warehouse on West India Quay and to celebrate they’re holding an exhibition celebrating the Thames estuary. Titled (appropriately enough), Estuary, the exhibition features the work of 12 artists in a variety of mediums – from film and photography to painting. Entry is free. The exhibition, which opens tomorrow, runs until 27 October. The museum is also holding a special day of family activities to celebrate its creation this Saturday. For more, see www.museumoflondon.org.uk/Docklands/.

• On Now: STEADman@77. This exhibition at The Cartoon Museum in Bloomsbury looks at the work of graphic artist Ralph Steadman (who is celebrating his 77th birthday) and features more than 100 original works published in magazines ranging from Private Eye to Rolling Stone, Punch and the New Statesmen as well as his illustrated books (these include Sigmund Freud, Alice in Wonderland Through the Looking-Glass, I, Leonardo, The Bid I Am, and Animal Farm). Runs until 8th September. Admission charge applies. For more, see www.cartoonmuseum.org.

London’s Regent’s Canal no longer plays the important transport role it once did – it’s now largely for pleasure that people ply the waters from the East London Docks up to Little Venice. But its key contribution to the city’s development and those of other canals across the country are celebrated at this small museum. 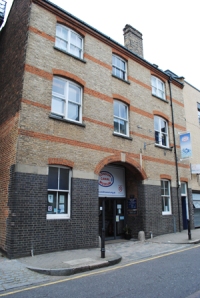 The museum, which sits just behind King’s Cross railway station, was opened in 1992 and features two floors of exhibits. They include half a narrow boat, the Coronis, which you can walk through to experience the cramped conditions in which the boatmen and their families once lived. There are also some fascinating recordings of people who actually did live on narrowboats about what life was like as well as displays and photographs of a lifestyle now long gone.

Outside, in Battlebridge Basin, is a moored a small collection of narrowboats while upstairs is a more detailed history of how the canals were developed, some fascinating film archival footage on a continuous loop, and a chance to operate a model of a lock.

As an added bonus, the museum is housed in what was once an ice warehouse and it’s still possible to view one of two massive ice wells which occupied the basement space where blocks of ice imported from Norway were once stored.

There are also displays on the history of the former ice business owner, Carlo Gatti, and some interesting information about the early days of ice and icecream in London – of particular note is the collection of ‘licking dishes’ in which icecream was sold for a penny.

The location now known as King’s Cross, north-west of the City, takes its name from a monument adorned with an 11 foot high statue of King George IV which once stood on a site now occupied by King’s Cross Railway Station.

The area had been previously known as Broadford Bridge or Battlebridge – the latter a name many associated with the apparently erroneous belief that it was here, at a bridge which once crossed the River Fleet, the Iceni Queen Boudicca (also known as Boadicea) ill-fatedly confronted the Roman Army under the command of Gaius Suetonius Paulinus.

From the 1830’s (King George IV ruled from 1820 to 1830), however, the area took on the name of King’s Cross thanks to the erection of what Walter Thornbury described in his 1878 text, Old and New London, as a “ridiculus octagonal structure crowned by an absurd statue of George IV”.

The structure, said to be 60 feet high, was erected at the intersection of Gray’s Inn Road, Pentonville Road and what we now know as Euston Road, and during its relatively short lifespan, was employed at different times as a police station and as a pub (complete, apparently, with a camera obscura in the upper level).

It was completely removed by 1845 (King’s Cross Railway Station officially opened in 1852).

The area of King’s Cross has been settled back as far as Roman times – St Pancras Old Church is one of the oldest sites of Christian worship in England although the current church is Victorian – but it wasn’t until the 1700s and 1800s that it was transformed in to an urban area with the arrival of canals – including The Regent’s Canal – and the railways.

Traditionally one of London’s poorest areas, it survived World War II bombings but subsequently suffered as the railways declined in the post-war period. By the 1980s, it had become notorious as a red light district.

It has since gone through – and is still going through – a gradual gentrification process, however, with the 67 acre development King’s Cross Central among the projects currently under construction.

It’s also now home to St Pancras International – London’s Eurostar terminus (having been moved here from Waterloo) – as well as King’s Cross Railway Station which is believed by many, despite the lack of any evidence, to be the burial site of Queen Boadicea (it’s said she still lies beneath platform 9 or 10) and which is the home of the fictitious platform 9 and 3/4 from which Harry Potter catches the train to Hogwarts.

• The annual Museums at Night event returns to London (and Britain) this weekend with hundreds of museums and galleries across the country opening their doors for special after hours events. Among those places in London taking part is the Churchill War Rooms, which is hosting a 1940s evening on Friday night, the London Canal Museum which is hosting”candle-lit tours, atmospheric lighting, and exhibits of art and film in dark places”, and the Petrie Museum of Egyptian Archaeology which is hosting a double hill of Hammer films and a “Gothic Egypt” trail. Other institutions taking part include the Sir John Soane Museum, the National Gallery, the Bank of England Museum, and Orleans House Gallery in Twickenham.  For more information about what’s on see www.museumsatnight.org.uk

• King William the Conqueror celebrated at the Tower of London this week following the completion of a £2 million, three year project to clean the White Tower. First built shortly after the Norman Conquest of 1066, the tower had become blackened by pollution but has now been restored to its original color. For more information on visiting the Tower, see www.hrp.org.uk/toweroflondon/.

• A foundation stone has reportedly been laid for a Bomber Command Memorial in Green Park. The memorial, which is due to be completed for the Queen’s Jubilee celebrations in 2012, will be constructed of Portland stone and will feature a nine foot tall statue of a bomber command aircrew. Bomber Command lost more than 55,000 airmen during World War II. The foundation stone was laid by the Duke of Gloucester. Supporters of the monument’s construction have included former Bee Gee Robin Gibb, Sir Michael Beetham, Marshal of the RAF, and  The Daily Telegraph newspaper which is running an appeal to help raise funds for the memorial.